History reveals that the Royal Prince Emperor Constantine made a law in 321 AD to make the pagan festival of the god Tamuz into the day for so called new Christian religions to celebrate the birth of Yashuah/Jesus. (See more Magnificat Meal Movement Studies by Mother Debra Marie Burslem:  December Dilemma).  He chose the pagan festival date of December 25 to begin the “Christ-mass” practice. Today it is called “Christmas” and is a big social and commercial affair. Extensive studies have revealed that the Messiah was born in the fall season and in accord with the sacred Sabbaths.

“Christ-mass was not among the earliest festivals of the church. Iraneus and Tertullian omit it from their list of feasts” (…ie because it did not exist re 25th December as a church feast/festival).

“The Worship of Nature” by Frazer, historian states:

“The largest pagan religious cult which fostered the celebrations of December 25th as a holiday…. was the pagan sun-worship, – Mithraism… this winter festival was called… the Nativity of the Sun.”

The Mithra religion was the major rival to both Constantine’s control of the lands and also the Christian’s religion. Comstantine was sent by his family of celtic origins, to bring the lands to the west under firm control and to ensure an increase in the family prosperity there.

“The Mithraists observed the Sun-day and kept sacred the 25th as the birthday of the Sun.”

We have learnt that the ‘hosts of heaven’ are Yahuweh’s handwriting of light (Psalms, Job, Genesis). Scripture warns against worship of the “hosts of the heavens” which includes any sun-worship.  Study of the light handwriting is not worship just as we do not worship our own handwriting. (See study: “God’s Handwriting”.)

Constantine devised a plan to control all in his empire by designing a religious mix to suit the Mithraists, the Manicheans (See study re “St Augustine the Manichean Bishop”) and Christians.

Constantine’s manmade religion was called the Church of Rome and developed into the Roman Catholic Church of today. Constantine established his base of operations eventually in Rome which was his family property and known as the ‘lands of Britannea in the West”.

“…the Church of Rome, to facilitate the acceptance of the faith by the pagan masses, found it convenient to institute the 25th December as the feast of the temporal body of Christ to divert them from the pagan feast, celebrates on the same day in honour of the Invincible Sun-God Mithras.”

This is fine if that is the religion one wants to choose as all have spiritual freedom of choice.

By study of facts one can the make valued free decisions regarding  lifestyle and spirituality.

This 25 December has become entrenched in our many nations due to the following:

These are admittedly, many beautiful reasons for many to enjoy Christmas celebrations at the 25th December event. Therefore it is a most popular festivity that many freely choose to keep practicing.

Many however have found the truth about the manmade Christmas festivities and found other ways to protect themselves from divine punishment and still satisfy the “emotional sweetnesses” of the Roman Church Christ-mass day traditions. Eg, gifts and reunions are given at the Festival of Light (Hanuka) which occurs in December also. (See Magnificat Meal Movement “Festival of Light Series”).  Many dynamic teachers in public today make huge efforts to ensure our precious children are not forced to be involved in Christmas school activities too.

(Also did you know the Santa used to dress in green traditionally until Coca Cola Company sponsored it to be red to coincide with their advertising ‘generosities’.)

In “Worship of Nature” Frazer shares his opinion of this and states:

“If the Mithraic mysteries were indeed a satanic copy of a divine original, we are driven to conclude that Christianity took a leaf out of the devils book when it chose to fix the birth of the Saviour on 25th December, for there can be no doubt that the day in question was already celebrated as the birthday of the Sun by the Mithraic religious occult before the Church chose to transfer the Nativity.”

The mixing of Sun-worship and Christianity was made clear in the Syrian writings of Salibi who states in “Das Weinachtfest”:

“It was a custom of the heathen to celebrate on the same 25th December the birthday of the sun, at which they kindled lights  in tokens of festivity. In these solemnities and festivities the Christians also took part.”

In the book “Aryan Sun-Myths of Origin of Religions” it states that the following sun-god’s of many different religious cults were all born on 25th December according to their historical facts:

The true Mighty Yahuweh God forbade his people to follow the practices and festivities of the many god-cults. The manmade choice of Constantine and his manmade religion chose to disobey by following the cult practices re ’25 December’.

“How did these nations serve their gods.

Take heed that you many not go astray by following them, …. You shall not do so to Yahuweh you true God.”

His people are called to be separate from these cult religious practices. The call is to follow Yahusha (most often called Jesus by so-called christians). This includes worshipping on Sabbath as the Saviour  Messiah did.

The keeping of festival days is most popular to all religions and to our emotions and community spirit.

“And take heed, lest you lift your eyes to heaven,

and when you see the sun, moon and stars, or the host of heaven,

you feel drawn to worship them and serve them,

which Yahuweh  your Elohim/God has given to all the peoples

under the whole heaven as a heritage.”

Ezekiel 8.9-16 warns about “abominations” of sun-worship. Sun-day worship has been brilliantly designed down the ages through the Church of Rome religious authorities and its associates religious cults (ie any other religious cults that obeys the Church of Rome order to worship on the Sun-day). Their clever design and manmade laws have fused and mixed the true worship even to this day. Confusion, deceit and emotions keep so many so called Christians honouring 25th December even though it is not scriptural or “following the messiah’s example”.

As we come into the huge awakening of spiritual movement of consciousness, many will seek to study the truth and act freely on it. This is the time that was prophesied in Daniel when great knowledge would open to all so that those who are pre-destined (Romans 1.1) may find the way to True Worship and true redemption of identity.

“The gentiles shall come to Yahuweh

from the ends of the earth and say,

‘Surely our fathers have inherited lies,

Outside people will be those who choose to continue to practice these lies. They may label themselves as Christians but if 25 December is their activity… then they are not the people of the True Almighty One.

Whoever loves and practices a lie.”

Each one has a choice to make. So then comes the big “if”….

If the choice for the popular and emotionally charged 25 December Christ-mass event, is what is chosen as the preferred practice,…. then let each choose free and bear the consequences of their valued  and informed decision. If co-operation with the Church of Rome is wanted, then let all be free to choose that and its results.

If scriptural co-operation with the Almighty One, which we call corma, then December the 25th will not be a wise activity to be involved in for any emotional, social or spiritual or everlasting or even commercial reason.

In Rome, at the time of Constantine, it was the custom tradition for a week of feasting to occur that was dedicated to Saturn. It occurred from 17-23 December. It was followed by the birthday celebration of the Sun-god on 24-25 December. Rome in the ancient times was called Saturnia, the city of Saturn. The week of ‘Saturnalia’ was known for its exuberant festivities of drunkenness and for giving gifts in the form of ‘images’ to one another. That was the origin of the Christmas custom of giving dolls, animal toys, carvings, pictures and any other image related gift. This has today become a commercial monster expectation to give expensive gifts to loved ones as  the sign of love to them in honour of the god that is being practiced at the event. 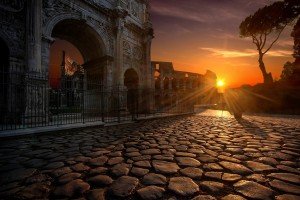 From a letter of complaint from Fawtus to Bishop Augustine regarding feasts like December 25:

‘You have substituted your love-feasts for the sacrifice of the Pagans, for their idols your martyrs, whom you serve with the very same honours. You appease the shades of the dead with wine and feasts; you celebrate the solemn festivals (eg December 25, Easter) of the Gentiles, their calends, and their solstices; and as to their manners, those you have retained without any alteration. Nothing distinguished you from the Pagans, except that you hold your assembles apart from them.”

“Awake to righteousness, and do not sin.”

Enjoy your study and choices in the light!

“Then the scribes and Pharisees… came saying…

‘Why do your disciples trangress the traditions of the elders?

for they do not wash their hands when they eat bread.’

thus you have made the commandments of Yahuweh of no effect by your traditions. Hypocrites!

Well did Isaiah prophecy against you, saying,

‘These people draw near to Me with their mouth,

And honour Me with their lips,

But their heart is far from Me.

And in vain they worship Me.

Teaching as doctrines the commandments of men.”

Tower of the Flock – Part 1